Each of the bronze master models was cast in from three to eight pieces which would allow the plaster castings to be produced in pieces and then assembled by workmen in Rogers’ factory. As such, these bronze master models display "nuts and bolts" on the underside of the base, which allowed the bronzes to be disassembled and reassembled, as needed.

In addition to the bronze master models, Rogers did, on rare occasions, produce additional bronze copies for special orders. These groups, which cannot be disassembled, include "Taking the Oath and Drawing Rations", "One More Shot", "Union Refugees" and "Wounded Scout". Finally, Rogers produced three additional copies of "Shaughraugn and Tatters" in bronze, all of which do display the "nuts and bolts" on the underside normally associated with the bronze master models. Why the bronzes of this particular title were constructed in this manner is unknown.

In addition to the "bronze master models," Rogers produced about four monumental pieces in bronze, including "Ichabod Crane and the Headless Horseman" and "Landing of the Norsemen", both of which are in the collection of the New-York Historical Society, Abraham Lincoln which is in front of the Manchester Central High School in New Hampshire and Major General John Fulton which is in front of the Philadelphia City Hall.

Shown below are photographs of most of the bronzes Rogers produced. 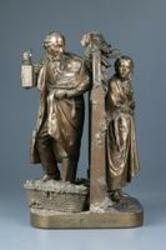 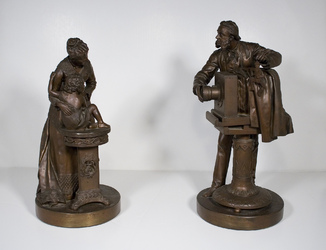 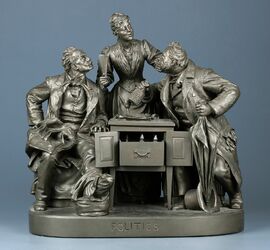 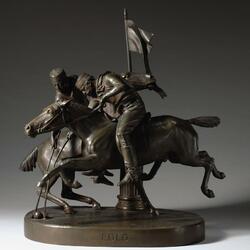 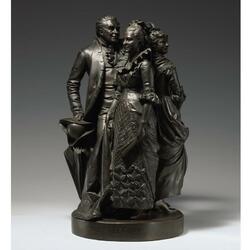 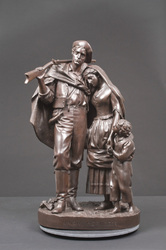 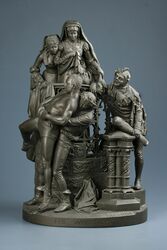